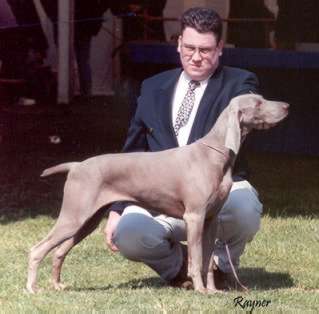 Cleo was originally bought as a companion and working dog, then Sandra tried her hand at showing, she was spotted by Gordon Haran who offered his help and after one successful win he took over the handling.

They developed into an almost unbeatable team, and her wins are too numerous to mention, currently Cleo is the Bitch CC record holder.

She only had two litters, but produced one Show Champion and a res.cc winner. Cleo is no longer with us, but her name is well and truly written in the history books. 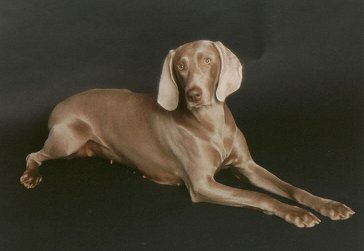 Cleo pictured as her owners wish to remember her.
She will be sadly missed by everyone. 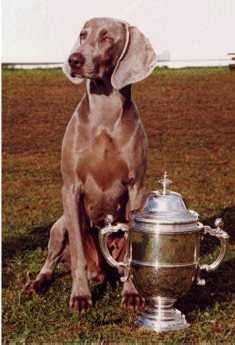 Pictured above is Purdey, winning Best in Show at Bath,
the only Weimaraner bitch to win such an award,
and the bitch breed record holder with 44 CC's.